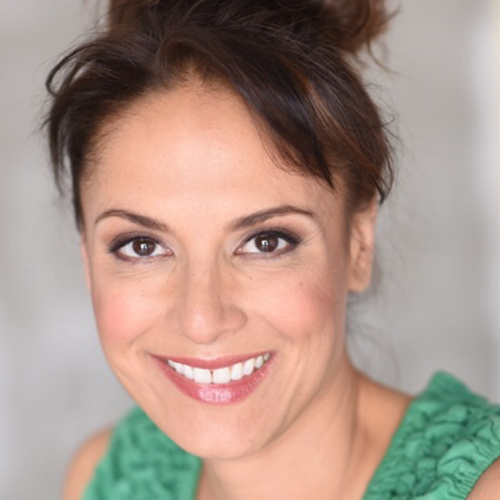 Coco Lucero Baran founded The Wild Orchid Foundation, an effort born of her love for her native Philippines. “Growing up I witnessed the daily struggle and suffering of the economically challenged. I cannot reconcile the lack of progress in their plight to survive and maintain their families.” Born in Cebu City, Philippines; she is of both Filipino and Polish descent. A graduate of UCLA, in World Literature with an emphasis in Spanish; she is an educator, artiste (actor/dancer) and a social advocate. A resident of Los Angeles, CA, she is active in homeless outreach, immigrant rights and human traffic watch.

Read More
As an avid lover of conversation she is fluent in Spanish; gets by in Greek and Italian and presently studying Mandarin and Romanian. As a global citizen, she is a “balikbayan” to the Philippines and has also lived in South America and Europe. She resides in Los Angeles with her husband and 3 children. Descending from an ancestral line of humanitarians in the Philippines, The Wild Orchid Foundation is a continued legacy of “our ancestors’ vision and devotion to God.” The Wild Orchid Foundation is a collaborative endeavor of The Lucero Family of Carcar, Cebu and other dedicated volunteers and sponsors from different places and wakes of life.
Read Less

Alberto Jimenez Crespo was born in Cazorla, a small town in the South of Spain. He graduated from Universidad Politécnica de Madrid with an MS in Engineering and played rugby throughout college. He received his MS in Economics from Colorado School of Mines and worked on Wall Street for 8 years. Presently in Los Angeles, he works at Aristotle Capital Management as a Portfolio Manager . He is a proud husband and father of three. He has spent time in the Philippines and happy to serve Wild Orchid. “4 out of the 7.2 billion people in the planet are living under $5 a day and hundreds of millions of kids do not have access to education. Those of us that were lucky to get a proper education have the responsibility to be involved to make a difference and change this major imbalance. Without an education there is very little opportunity to progress , evolve and escape the cycle of poverty.” 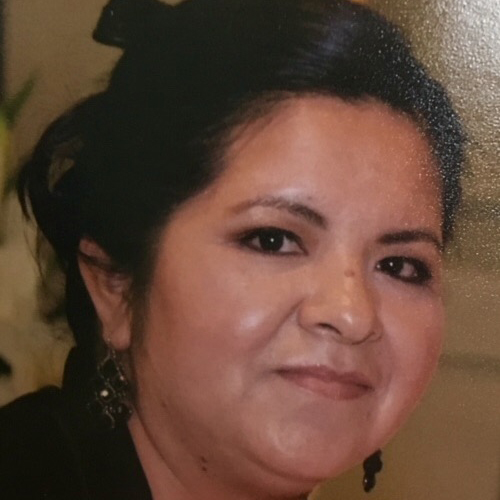 Eva Salazar was born in San Luis Potosí, México. She is married to Jesús Salazar and has 2 daughters. Madeline is a valedictorian and graduate of MIT. Alison is a valedictorian and on the Dean’s List at Occidental College. Additional members to her family are Cookie, a Maltese dog and cat, Madison. Both are rescues. She loves children and has preschool teaching experience. For over 6 years, she is currently full-time nanny to 3 kids: Etienne, Chiara, and Marco. Eva travels back to her hometown and donates school supplies and clothing to low-income children. She is also committed to immigrant rights and the homeless. Having visited the Philippines, she now shares her many talents and skills to end the cycle of poverty there. Wild Orchid is proud and honored to have her on staff. 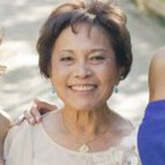 Fe Lucero Baran is the eldest child of Catalina & Santiago V. Lucero and has 5 siblings. She went to St. Catherine’s in Carcar and graduated from St. Theresa’s College. A Fulbright Grantee, she received a Master’s Degree in English and a Certificate in Second Language Teaching from UCLA. After which, she traveled and taught both English & her native Cebuano to foreigners. She met and married Nicholas M. Baran, a former Peace Corps Volunteer, and is the mother of 3 daughters: Coco, Johanna & Catalina, and the grandmother of seven, (“perfect” in numerology). Active in charity and community service at Mission San Luis Obispo, her great enjoyment, in addition, is Tai Chi which she practices daily. Aware of the social problems in the Philippines, she endorses the goals of The Wild Orchid Foundation and always thinks of the old country as her home. 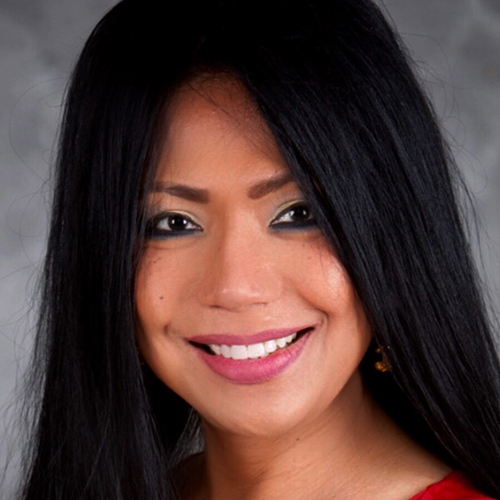 As a registered nurse, Monique received her professional training at George Brown College in Toronto, Canada and upon graduating began her career as an Emergency Nurse at Toronto East General Hospital. In 2003, she moved to Los Angeles as a Clinical Nurse at Ronald Reagan UCLA Medical Center and has served within this capacity for the past fifteen years. In recognition of her compassionate care and dedication to patients’ well-being, UCLA presented her with the Nurse of the Year Award.

Read more
In 2004, Monique’s entrepreneurial flair first became evident when she founded 911 Staffing (a job-placement agency for nurses within Los Angeles). After negotiating contracts with California Medical Center, Healthcare Partners Medical Group, Century City Hospital, and other private nursing agencies, the business was eventually sold to Apple One (which is currently the biggest staffing company in America).
In addition to her career-related pursuits, Monique has also demonstrated an acute sense of philanthropy, having served as an active donor to various orphanages, churches, and schools. Moreover, as a proud native of the Philippines, she also organizes the distribution of food for the handicapped and homeless citizens within her city of origin during each Christmas season (a tradition that was started by her father many years ago) and coordinates with Mayor Jun Lagbas of Gitagum, Misamis Oriental the distribution of toys for underprivileged children.
In recent years, Monique has also become involved in the film industry, having been an executive producer on both feature and short film productions (some of which have won awards in Europe).
Read Less

Lucian Mustata graduated from The Cybernetics Faculty in Bucharest and received M.A. diplomas from the National School of Political and Administrative Science and the Academy of Economic Studies in Bucharest. Shortly thereafter he founded Lucian & Partners SRL-D, an IT company offering a broad range of services, including web design, online security, branding and search optimization. 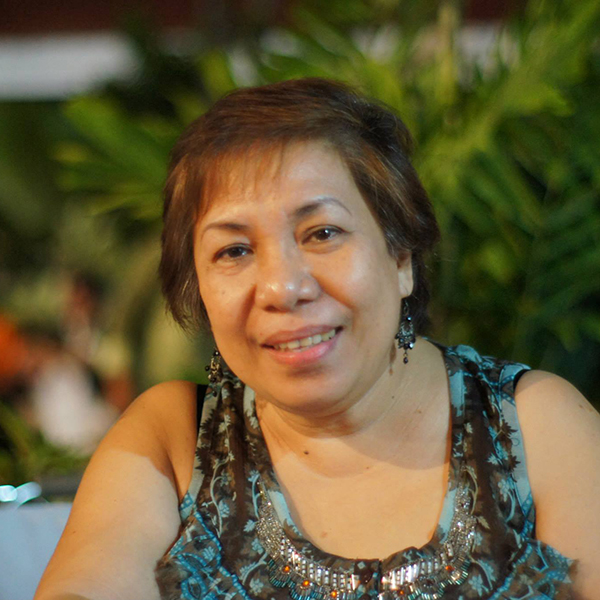 Luz Lucero, humanitarian is the youngest daughter of Catalina and Santiago V. Lucero, benefactors of Carcar, Cebu. She is also the granddaughter of Mariano Avila Mercado, former mayor of Carcar, Cebu; remembered for his devotion to the people and vast contributions to the city of Carcar. A graduate of St. Theresa’s College, Luz was an accomplished pianist and swimmer. She worked with the deaf and children with special needs. For years she cared for her ailing mother, Catalina, “Nyora Taling” until her last breathe. Luz is the pilar of strength and source of positive affirmation to all she encounters. Her tireless dedication to her family and charitable acts in the community is incomparable.

Frenali Quijano Jaramillo from Mindanao is a proactive member of the Carcar community. She is a devoted wife and mother of 3 children, and also personal assistant to Luz Lucero. For years, she was a loyal caregiver to Nyora Catalina Lucero, the Lucero Family matriarch. Frenali has been an integral part of all The Wild Orchid Foundation’s projects since they were grassroots efforts, prior to the organization’s official establishment. She has a profound reverence and admiration for Venerable Monsignor Teofilo Camomot. 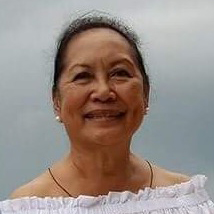 Nazarena Soon Lucero is a dedicated medical professional, a graduate of the University of Santo Tomas, College of Medicine (Manila, Philippines) and the Detroit-Macomb Hospitals Association Residency training program (Detroit, Michigan) in Anatomic and Clinical Pathology. She is furthermore a Diplomate in Anatomic and Clinical Pathology, Philippine Society of Pathologists. She was licensed to practice medicine in Michigan, USA where she briefly resided, but opted to return to the Philippines to share her expertise in Laboratory Medicine to serve the people of Mandaue and Cebu Cities. In the Philippines, she developed private and hospital-based laboratories to serve the doctors and patients laboratory needs for better diagnosis of diseases, including developing of special low cost package rates so examinations could be made available to the less fortunate.

Read more
She served as assistant hospital administrator of a tertiary 250-bed hospital for 10 years. Later, she worked as an anatomic and clinical pathologist of 3 big hospitals in Cebu, simultaneously working as assistant professor in the Department of Pathology of a medical school, making sure new medical graduates are produced every year to continuously cover healthcare services. Being Director of Medical Education in 2 hospitals, she also made sure that their residency programs produced well-trained medical specialists in various fields of endeavor.

Presently in full retirement from the field , she continues to help disseminate health information and advice on the health problems of the community, especially the less fortunate in the community. She is the proud mother of 3 daughters: Kathleen, Khristine and Jaimie and loves to spend time with her 6 grandchildren: Khatyana, Kasmira, Krysta, Moncho, Armina and Maddox.

“The Philippines , my home, is a beautiful country and home to the most beautiful people inside and out. We have our share of many social issues and this is why I believe that The Wild Orchid Foundation will make a difference and provide enduring opportunities to those in need. Together we can make a difference.” 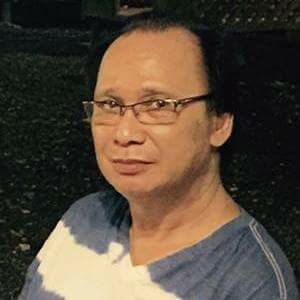 “Jeslee” Sarthou is from Cebu. He is a renown and sought after life coach and spiritual advisor. His philosophy is “to help people in whatever little way the Lord wants me to.” He has helped countless of people at a “spiritual low”, resuscitate and constructively cope with adversity. He also has a deep commitment to the elderly. The Co-founder of Savior’s Union, a prayer group, he instructs people how to implement Christ’s teachings in our daily lives.